If you've never been to Europe, one of the most dominant visions no matter where you go (be it Italy, Greece, Bosnia, Spain, etc…) is the vibrant, happy-go-lucky cafe culture. Locals set up shop at random tables splayed in back alleys, on tiny patches of grass or under dark gangways, and they're never far from a fresh coffee, a pack of smokes and the day's news splayed out before them.

Chicago sort of has this view (witness all the al fresco dining slung up practically on the street); I guess society as a whole just loves to be outside, twiddling thumbs and checking out other folks' goods as they meander by. It's just something to talk about, you know?

I'm right there with 'em, wiling away entire afternoons (well, dawn til dusk, if truth be told), and the tough part of that thrice-weekly situation is finding a decent coffee to go with my laissez-faire attitude. Recently, after much Internet research, I determined the best coffees, mochas and lattes in town exist at the Bosnian, Greek and general Eastern European joints that populate certain areas of the city. They just have a way with the wrist, it seems.

One of the best around happens to be a Bosnian restaurant/bar on the Northside called Bel Ami. Totally off radar (ask anyone if they've ever heard of it and the general response will be wha?), it seems to be a popular hangout for the beautiful, gangstapreneur type. Where did all of these gorgeous men come from? Imagine mini-David Beckhams, but with darker good looks, far less cash and a poor man's version of Victoria Beckham (is that even possible?) on his arm. They all litter the place, hollering at the requisite soccer game on the giant flat screen TVs, throwin' down coffee after coffee and chowin' on huge bowls of homemade soup (under $3, thank you very much).  Following their lead, I always come with the intent of chillin' for a bit (the tables are spacious and empty) and usually start with a mocha (imagine piping hot rocket fuel covered in whipped cream) and a bowl of Romanian soup. A delicate broth smothering homemade meatballs (studded with rice), with chunks of tomatoes, carrots, potatoes and celery, it's good enough to eat any time of the year, even though it's a thousand degrees outside.

The basket of thinly sliced bread comes in handy for dunking into the wet juices that hang around at the bottom of the bowl and the only thing you have to do is make sure to save room for an order of the French fries with feta. A little on the pricy side ($5.50), they aren't homemade (probably the only thing in-house that's not), but they are insanely delicious due to the bucketful of freshly shredded feta that folds its way down into the fries.

Toss on bit (I usually use an entire bottle) of ketchup and you'll be doin' it up like the local boys; gobbling french fries, soaking 'em soupy leftovers, tossin' down coffees (only $2 each for the good ones) and gazing out at Lincoln Avenue. After enough of those coffees (and the concrete-fueled sunshine), your eyes could easily trick you into thinking that good 'ole Lincoln is the azure sparkler, the Adriatic Sea. Well, it might take a few of the potent martinis for that one.

The Final Rave: Don't be turned off by the smoldering gazes from the Beckham wannabes. It's all innocent (well, til the home team loses)…then watch out; they're all over the place. 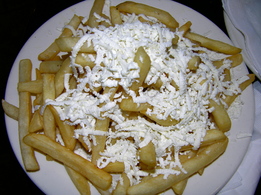 : Kopi Cafe
A plethora of maps, intense coffees and worldwide guide books…what more does a wandering soul need? Maybe some good food, but it's got that too.

Drink It: Tempo
Though it's a different style of gangstapreneur (these boys are tossin' some real cash around), all the cuties still flock to this all-hour upscale diner. The coffee and the omelet's are worth the late night wait.

Eat It: Bosanski Okusi
Another off-the-beaten-path Bosnian restaurant, this super-far Northside eatery dishes up lovely kebabs and a bit of that Bosnian 'tude. Why are they so confused every time the door opens? Just remember to BYOB…that 'tude start to fade real fast after a nice whiskey or two.

Get Crazy With It: Sarajevo Film Festival
You know the coffee will be flowing by the gallon at this annual festival held every August in Sarajevo. That, plus the crazy beauty of the local filmmakers; their good looks are simply haunting. 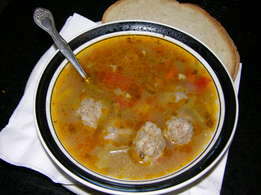