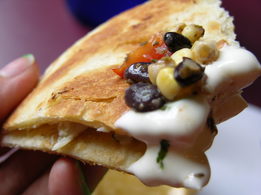 I guess I have a full blown obsession with the extreme close-up photo.  Every time I take a bite of food, I try to capture the bite on film (well, digital) and usually end up taking a gazillion photographs trying to snap the perfect photo.  The medium shots always look okay, but I just love getting up really obnoxiously close to the food and making the perfect bite.  Most times, my fingers are included (dipping, dunking, pawing) in the picture...much like this one (here, they are covered in green screen paint).  This is the crab quesadilla at The Local Option and they are straight delish. 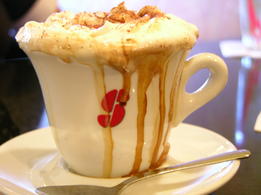 If you've never been to Europe, one of the most dominant visions no matter where you go (be it Italy, Greece, Bosnia, Spain, etc…) is the vibrant, happy-go-lucky cafe culture. Locals set up shop at random tables splayed in back alleys, on tiny patches of grass or under dark gangways, and they're never far from a fresh coffee, a pack of smokes and the day's news splayed out before them.

Chicago sort of has this view (witness all the al fresco dining slung up practically on the street); I guess society as a whole just loves to be outside, twiddling thumbs and checking out other folks' goods as they meander by. It's just something to talk about, you know?

I'm right there with 'em, wiling away entire afternoons (well, dawn til dusk, if truth be told), and the tough part of that thrice-weekly situation is finding a decent coffee to go with my laissez-faire attitude. Recently, after much Internet research, I determined the best coffees, mochas and lattes in town exist at the Bosnian, Greek and general Eastern European joints that populate certain areas of the city. They just have a way with the wrist, it seems. 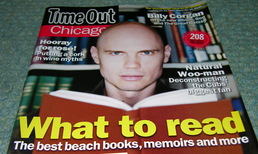 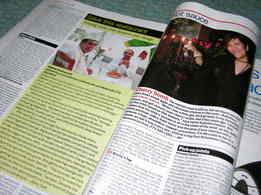 So, I have two new articles in this weeks Time Out Chicago.  They're both on two of my favorite places in the city:  Katerina's and The Afghan Restaurant.

food around and this bump for her is about her insanely
delicious Sour Cherry Martini's (made with Greek cherry juice).
And, my friends over at The Afghan Restaurant (let me know if you get a smile out of the brooding chef, George) deserve your cash--they whip up incredible kebabs, buttery rice and everything a vegetarian could long food (all-day-long simmered eggplant and spinach are my faves).   Katz also has great music every night of the week  and if you make it up to Devon for the goods at The Afghan Restaurant, make sure to try some of the aswesome baked items at the Georgian Bakery next door.  Good stuff, all the way around.

Back on Sweet Mandy B's~From The Raving Dish 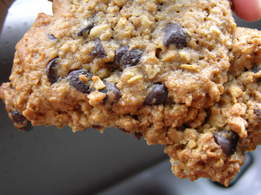 So, I have a cute little food blog called Big Sweet Tooth and there's this feature on the program that runs it which lets me check the statistics. In other words, I can click on the specified tab and it opens up a little box that tells me how many people logged on and where they found me (i.e. what search engine they used and what their entry was).

There have been some google search doozies that I can't even go in to (imagine big and sweet and some other nasty, nasty things) but the single most requested google search that leads folks to my site is for Sweet Mandy B's cupcakes. I have an entry on BST about my gnarly addiction to them and apparently, I'm not alone.

Continue reading "Back on Sweet Mandy B's~From The Raving Dish" »

Katsu: The Best Sushi in Chicago 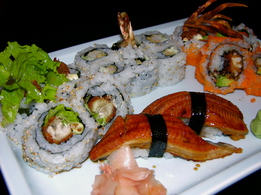 Though this picture does the meal no justice (there was simply no time for the clever close up...I was starving, so this shot has to suffice), this is by far some of the best sushi in Chicago.  Katsu, a tiny hole-in-the-wall (from the exterior) has the market on fresh fish in my book.  The shrimp tempura (always my fave) is awesome, but the real winner at this far north side hideaway is a little diddy called "The Napoleon."  Essentially a deep fried oyster roll, there is a gigantic dollop of mayonnaise covering the oyster and the fresh, crisp green lettuce is a nice touch.  The only way to eat this one (and all rolls, as far as I am concerned) is to dip the entire piece into a bit of soy, wasabi and ginger and shove the whole damn thing in your mouth.  I tried the gentle bites, the dainty nibbles....naaahhhh...it just don't work.  It's all about the full on golf ball size mouthful.  Over and over again.  Oh, and the unagi rocks, too.

Good Lord at the Full Belly 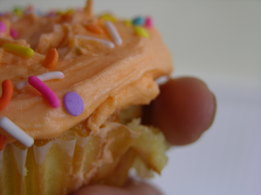 I would say that I have eaten out close to twice a day, every day, for the past two months.  Minimum.  Between working on a movie in Chicago, traveling to Mexico and back, having no days off (ever), writing food reviews for Time Out and centerstage (The Raving Dish) and just being plain 'ole starving all the time, the past few months have been a plethora of late night shove downs, pick throughs of hundreds of meals, and sweets galore.  My fave, of course, is Sweet Mandy B's.  But, my current obsessions are the French Toast at Victory Banner (with slathers of peach butter and real maple syrup), the non-dairy pancakes with veggie sausage at Mitchell's, the jibarito sandwich (a brilliant Puerto Rican sandwich that shoves veggies in between flattened plantains and loads of mayo) at Borinquen Lounge, the cheese, basil and tomato sandwich on homemade bread at Pane's, the gigantic platter of french fries with shaved feta cheese and an entire bottle of ketchup at Bel Ami, and the buttery rice with chickpeas at Brisku Bistro.  All excellent, but now that things are chillin' a bit, it;s time to start cooking hardcore and rockin' out in my kitchen again.  The basil's blooming and I'm still starving. 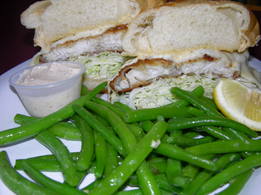 Being from the Deep South, I've forever had an affinity for all things fried. Doesn't matter what it is (meat, fish, vegetables, cheese, chocolate gravy, you name it), just coat it in flour and toss it in oil, and I'll happily devour it (especially if there is some icy cold ranch dressing or a slather of oily mayo involved).

One of my favorite places in town to get fried food is the adorable little dive bar on Webster called The Local Option (formerly The Local Shack). I adore it mostly for its anonymity (it looks like any old hole in the wall upon first glance and you could easily pass on by), but I love it even more for its small back room that substitutes as a New Orleans-style takeout fish shack.

The blazing red dining area leads to a quaint outdoor patio and shares space with an open kitchen that slings up some of the best fresh fish po' boy's, peel-and-eat-shrimp and crab cakes that I've had. And I've been up and down the Bayou (this, along with half the world, is one of my favorite road trip areas).

Wholly Frijoles: The Best Mexican Ever 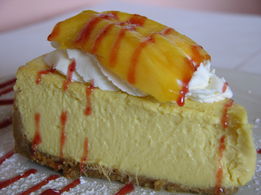 After listening to no less than five reputable people tell me that Wholly Frijoles was the best Mexican food they'd ever had, I finally trekked up to the far north side (Lincolnwood) to see what all the fuss was about.

Attempt No. 1 yielded a total drive by (this is a blink-and-you'll-miss it sort of hole-in-the-wall), a near fatal flip around into oncoming traffic and a harried zoom into a tiny parking lot that doubled as a bumper car holding tank. After the mess of finding this gem in a haggard strip mall patch of suburbia, I wasn't at all prepared for a two (yep, two) hour wait. Goosebumps rose on my arms at this news. Though I couldn't stand by for this long, I prepared myself for my return trip later in the week (basically that consisted of me telling everyone that I could that I'd hit the golden jackpot; finally a restaurant that no one had heard of boasting a longer wait time than most of Chicago magazine's Top 20).

Attempt No. 2 and I wizened up a bit. Not only did I arrive before the harrowing lunch crunch (by 12:30 p.m., there was an hour wait), I kept my tummy flat-out empty and went nuts on the menu. 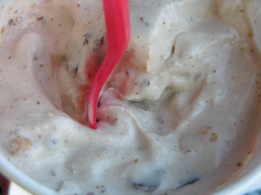 After driving 7,000 miles round trip from Chicago to the very tip of Baja, I can officially announce the one fast food that never varies on the road is the legendary Blizzard from Dairy Queen.  I'd say I probably had a cool dozen Snickers Blizzards on the trip and every single time, they tasted identical;  thick and gooey (from the frozen caramel in the Snickers) and utterly explosive in my mouth.  Nothing tasted better in the desert heat (or caused me to pass out faster) than this DQ treat.
God love 'em (and the salty waitresses that understood the words "EXTRA CHOCOLATE SAUCE."