A Perfect Sunday (From The Raving Dish) 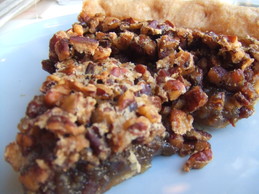 Sunday mornings are made for utter relaxation, but because my days usually bleed together, I hardly know Sunday from Wednesday from Tuesday. One of my New Year's resolutions was to resolve that; if it's the weekend, treat it like the weekend. In other words, chill. Starting now.

And, oddly enough, my perfect morning entails getting pounded senseless by a half-naked, tubby little Asian woman at my favorite hidden gem, Paradise Sauna, 2912 W. Montrose Ave. If you've never made the trip to this steamy Asian bathhouse, you've been missing out (don't worry, everyone is always terrified the first time). I always go for the half-hour body scrub ($30 for the scrub, $18 for all-day access to the facilities). Imagine 30 minutes of being twisted, pulled, turned, shaped, molded and half-punched with sandpaper-like gloves, all while being hurled with buckets and buckets of hot water, topped off by the fact that you're buck-naked on a dripping wet massage table in a room full of other blissed-out steamers (eight person capacity).

t's truly sheer delight, and at 9 a.m., there's no better way to wake up and clear your thoughts. Plus, there is something oddly luxurious in feeling the round, wet belly of an elderly Asian woman rubbing against your smooth skin as she tickles you in places nobody has ever touched before.

After that beat-down, I'm off to Kitchen Chicago, 4664 N. Manor, a super-cute shared-use kitchen you can rent by the hour if you're a food entrepreneur needing some temporary space to bust out your next tasty treat. I had heard about some folks who whip up crepes every Sunday and I was anxious to test them out. The crepes were absent (the company doling them out has moved on) but there were other delicious treats aplenty.

They had just made the most delightful pot of black bean soup, so I coupled a big bowl of that with half of a three cheese (asiago, havarti and jarlsberg) panini sandwich ($5.50). It was perfect. The soup was simple and clean, with pureed bits of carrot, bean and onion peeking through, while the sandwich was literally the perfect grilled panini. Oozing with three cheeses, the Italian country bread was smeared with homemade pesto (everything is made-in-house here) and served with a side of purple taro chips. There's such joy in the smallest of things.

The best part, though, was the desserts. There's a small company called Hoosier Mama Pie Company that calls Kitchen Chicago home, and the pie of the day was a big, fat chunk of deluxe maple pecan ($3.50). I was so full but thought that just a wee bite would take care of my sweet tooth. Cut to: not a crumb left. The crust was so dense and buttery and the pecans so fresh that I had trouble not ordering another slice to go. I can't wait to try the coconut cream...and the peanut butter...and the, well, you get the drift.

The Final Rave: The cozy farmhouse interior of Kitchen Chicago is one of the sunniest and warmest spots to spend any morning, Sunday included. Trust me, it's easy to make a meal at this place an all-day event.

Read it: New York Times, Chicago Tribune, and Chicago Sun-Times
Kitchen Chicago was made for lolling, dawdling and sampling, and you might as well take it to the next level with a plethora of newspapers. I like the window seat.

Eat it: Crummy Brothers
Sold by the cookie or by the flight, these soft and chewy organic chocolate chip cookies kick it up a notch and are laced the likes of lavender, peppermint or orange blossom. Talk about heaven in a cookie. They sell 'em at Kitchen Chicago.

Get crazy with it: Kitchen Chicago
Until you enter this airy, inspiring space, you don't really know that deep down you've been dying to create your own amazing recipe for caramelized onion jam or Kool-Aid cupcakes. That's why it's here, though: to let you test away 'til you have a winner.

Yeah I got my girl a gift pkg there and she said she was wet sanded by a 200lb Bulgaian woman and a bit sore for days. She did like the peaceful nautical environment.