For the Love of Lula {From The Raving Dish} 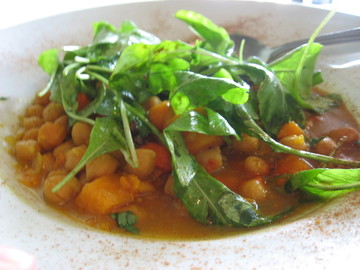 Since I moved to East Rogers Park last year, rarely do I stray farther than a mile or so from LSD. Life on the lake is a little more relaxed, a smidge more low-key and definitely a whole lot more fun. But, sometimes I get a hankering for a new exploration, one that isn't all about Latin American food, windy days and lime-tinged cuba libres. In essence, I'm looking for the urban part of Chicago, not the one that is so stunningly beautiful it almost pierces my eyes each time I walk out the front door and see the crazy blue of Lake Michigan. It's during those moments when I crave the creative, old-school side of Chicago that I head over to Logan Square. To me, its environs feel like the working man's version of Wicker Park, an area that became a little too trendy for its own good.

Which brings me to Lula Cafe; I've only eaten there twice, and the first time I went, I slugged one too many beakers of rum and couldn't really remember much about the packed house, except that my waiter had a too-cool-for-school attitude. Always willing to give a place another go, though, I recently headed back with my bud Brad on a brilliant sunshine-splashed afternoon for a tipple of liquor and some feel-good food.

The quirky artists were out in force, this time with adorable babies and bouncy dogs in tow. Since they'd completely overtaken the al fresco patio, we glided up to the bar and made our mark. All my belongings were spread out in no time and a drink was ordered up pronto. Starting with some sort of fresh coconut and rum concoction served in a martini glass, my pal B and I lollygagged at the bar, playing out our daydreams of moving to NYC, where hipper-than-thou joints like this are practically around every corner. Lula especially reminds me of a tiny place in lower Manhattan called Little Owl. No bigger than a closet, the Owl has beautiful food, waiters who are rock stars and bartenders who happily promote early a.m. drinking, offering up grapefruit mimosa after grapefruit mimosa, even when the frenetic line snakes out the door.

By the time we ordered lunch, I had already moved on to my own mystified version of a mai tai; sadly, not too many bartenders know how to make this tropical cocktail, and I'm often left to my own devices as to what I think should go in it. Brad was slinging down black sambal bloody marys like they were going out of style; in order to offset that no-no, he ordered all the wholesome-sounding eats: grilled chicken, sauteed spinach and simple potatoes. I was feeling very exotic (Malibu rum does that to a woman) and decided on the heart-healthy Moroccan tagine. While waiting for our meals, we perused the menu. Though it changes up all the time, you can always expect a little dose of the slow-food lifestyle to make an appearance. Silver bullet expressions like "Monday night farm dinner" show face alongside foodie power thrillers, like cardamom cream, brown butter vinaigrette, poblano-braised collard greens and smoked onion marmalade. Phrases like these are enough to make a belly do a tailspin into the unknown. Hell, gimme everything!

Once our food arrived, I tried to stay strong and take small bites. My efforts at chewing everything down to mush were stopped dead in their tracks, though, when I tasted the slightly sweet tagine, a super-soft scoop of garbanzos tucked into a fluffy pile of couscous and topped with a fistful of emerald greens. Each bite had perfect symmetry, if you ask me. It was so refreshing; I managed to totally ignore Brad's plate of food. He must have been thrilled to finally have a meal all to himself, but next time I hit up Lula, I have a feeling that won't be happening. Now I know what I'm in for!

The Final Rave: The organic frenzy is on fire at this place, and if there were a joint like this in my 'hood, I might find myself with a slight problem—one involving too much food, heavy drinking and an obliteration of finances.

Do it: Chris Covelli Tomato Mountain Farm
This certified organic CSA (community supported agriculture) uses Lula Cafe as a drop-off point for all the peeps in the 'hood, who are living the good life to the core.

Eat it: Tagine
A tiny Moroccan restaurant perched on a dusty side street, this neighborhood haunt specializes in (what else?) clay pot cooked tagine. If you can't get it from the source, this is the next best thing.

Investigate it: Black sambal
Lula Cafe is the first place outside of Indonesia that I've ever seen black sambal (a paste-like condiment) on the menu, especially in a drink. Seeing it made me double excited that I'm heading back to Indo in a few weeks.

Get crazy with it: Little Owl
This irresistible Manhattan hotspot is the absolute epitome of a perfect restaurant, and now that Brad is moving to Brooklyn, I have a feeling I'll be sipping slinky mimosas before I know it!