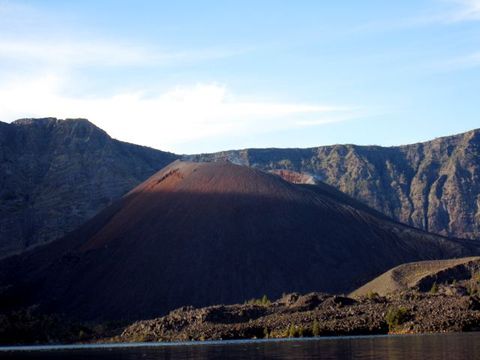 I rumbled out of a ferocious nightmare at the crack of dawn.  It was the last day of my journey and I was ready to tackle the trip back up the mountain on the far side of the lake.  But first, a little something called lumpiah.  This breakfast is basically a couple of homemade eggroll type pancakes stuffed with veggies and this koo-koo, yet delish, pineapple tomato soup.  Oggy and Titi can rock some grub that's for sure (see last photo of me with my two porters).

I was so damn cheery that the excursion was coming to a close I was just bouncing around, doing a little fishing, taking some photos with the locals, and just generally euphoric.  Yah, the final trip up to the highest point so we could start the path down was pure hell (baby breaks galore) and then once we started down, it was a straight run. You'd think that that would be a good thing. But, oh no...people were almost crying due to leg pains.  The trail is so vertical that if you don't run it, you are in for a world of hurt.

Our little team made it down first--after about 10 hours--and I straight peeled off my socks and shoes and hurled them as far away from me as I could...while slamming that icy cold Bintang.  As various groups rolled into the Senaru basecamp, I was happy to see that they all did the same thing--rip off socks and shoes and hold them by their shoestring--disgusted, like they never, ever wanted to see them again.  Most peeps gave theirs away to the guides and porters.  Me too.

It was over.  The deed was done.  I was so happy, so blissfully chill, so content.  All I could think about was a real bed, some more beer and a nice private toilet.

I recommend this trip to all of you out there really aching to see what you are made of--mentally and physically.  It's a once-in-a-lifetime expedition on a small Muslim island in the middle of the ocean.  Something you'd never forget or regret.  And, that beer...that large beer...at the end of the trail will be emblazoned in my memory for the rest of my days.

Would I ever do it again?  Sweet bloody Jesus no!  Not in a trillion years.  But, you should.  Stat* 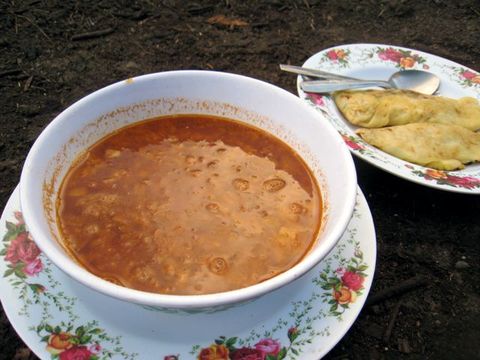 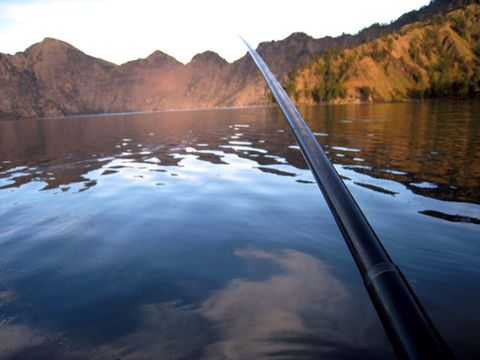 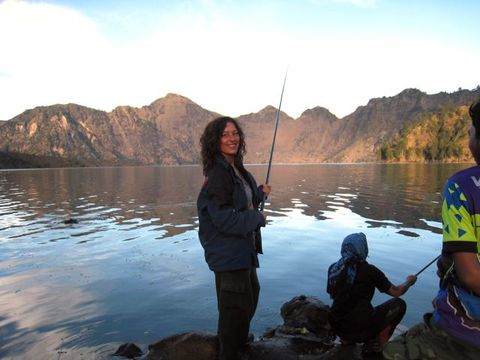 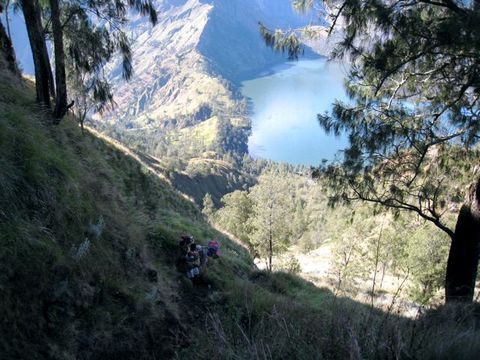 You are my new hero! Congratulations. You can check that off your life list... climbed mt rinjani CHECK.

Misty,Your accomplishments were great on the Mt.Rinjani!!
Just think you also polished up on your fishing skills.That crater looks very cool,(moon like),but not near as cool as your beautiful smiling face which is expelling happiness!
Chuck

Congratulations on such a feat!!! One for the books. Or as I say "check" on your life list. - Trina