Home Archives Profile Subscribe
The Boatyard Shall be Missed.
Enola Goes in the Water +

Grilled Oysters and The Good Life 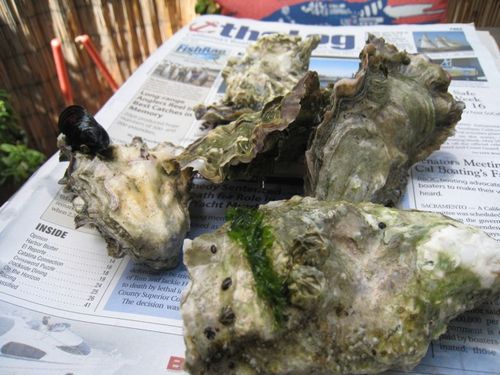 I sail.  I scuba dive.  I drive across Mexico alone.  One could consider these pretty adventurous things, right?

But, when it comes to normal stuff, I'm at a loss.  Like, I don't own a hair dryer - when I get around to washing it, I just let it dry naturally.  I don't own an iron or take clothes to the cleaners - if it can't get wadded up and tossed in a backback, I'm not wearing it.  And, crazy as it may seem, I've never really used a grill on my own.  I mean I've never bought one, filled it with charcoal, doused it with lighter fluid, let it get fiery and actually grilled something.  It always seemed so intimidating.  Well, once again feeling adventurous, I went and bought a grill.  A simple black number that tucks away perfectly on my wee back patio.

Meanwhile, the first thing I chose to sling on there were some oysters I picked up at the farmers market.  I've never even bought oysters, much less grilled them. Though I do love them and still contend that the best oysters I've ever, ever inhaled were roadside in a dusty backwoods village in Veracruz.

I tried shucking them before grilling them, only to have myself a fistful of blood within seconds.  Tough as hell.  So, on the grill they went.  The first one that popped open was perfect.  They end up poaching themselves in the oyster juice and I'd melted some butter (on the grill) and when dunked into the little vessel of sweet cream butter, well...it's like the 2nd coming of sea life.  An ear of corn was tossed on for good measure.  Again, so proud of myself.  So mind-boggling how good food is when kept really clean.

The other 4 oysters stayed on the grill a spell longer (due to me forgetting about them - blame it on this book I was reading, Macedonia Passage, about a sailboat that has a stolen wad of money tucked into the bilge and is headed for Istanbul) and ending up almost BBQ'ing themselves.  I ended up with a huge, 10 lb. charred mess of goodness for about a hummingbird sized bit of meat.  So worth it though.

A grill is just another step toward freedom, I guess.  I felt like such a bad-ass mastering it (sorta).  Charcoal ashes are still in the bottom, but that is for another day. 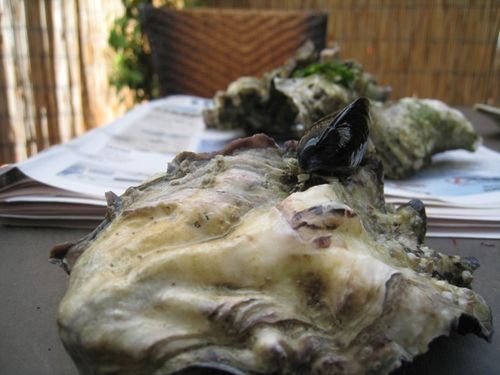 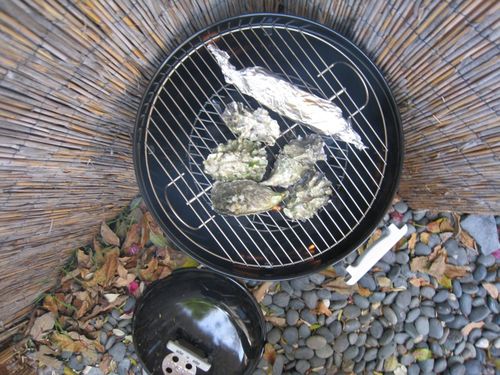 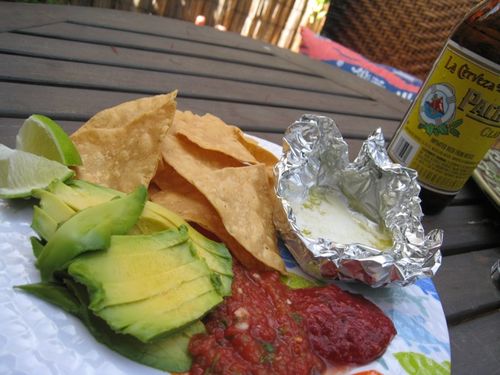 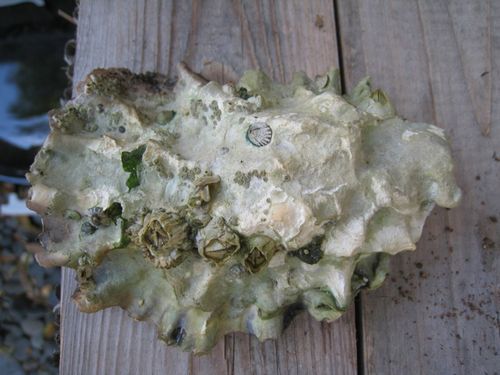 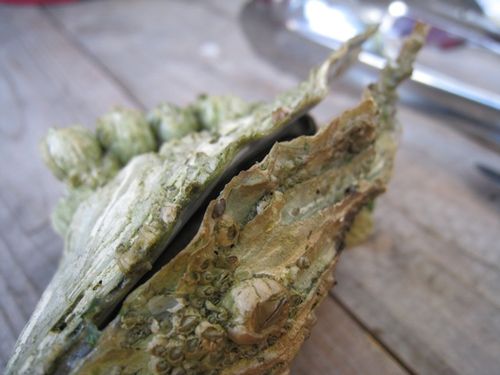 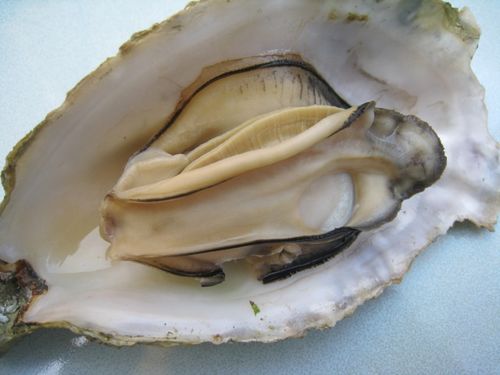 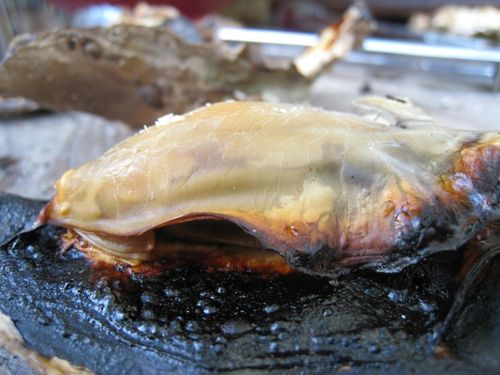 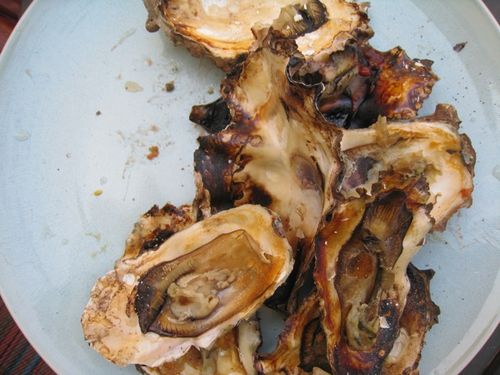 Awesome Rachel, send me photos of the tin can. Gotta get back to mine down in San Miguel soon. Jonesing bad...

You, madam, MUST be my long lost sister. What part of Tennessee are you from? (I'm from Memphis.)

It's cracking me up to read about your grill adventures as it's just something I've faced myself. Also of note: I have never blown my curly hair dry, my laundry is all thrown in the wash together and left in a hamper (or pack) until I need it, and I am about to acquire a tiny tin tow-behind home which I will pay for via an advertising trade-out in the newspaper I started in a small town in Alaska this spring.

Someday, we should take a trip together.

Best of luck with your boat adventures, and thanks for the inspiration to keep doing what I'm doing.

After eating this healthy stuff, the remains can be a good decor too. Hmmm,nice if place in fabulous hampers.

Carlos-- I guess lonely doesnt even really hit me. As i told the 2 gents today that I met at the boaters swap meet which led us to thai food and beer, then to wine on their liveaboard boats, then to a rowdy sailing session in the middle of the pacific--if you ain't elevating my level of happiness to a whole new level that is OFF THE CHARTS, then i aint interested. why would i be? there is so much world out there that just fascinates me and id rather navigate my way thru it all alone than do it with someone clinging to me for guidance. guess that does make me peculiar. rather that than bored beyond tears at someones lack of spirit.

There is not doubt in my mind that you are a peculiar person. I understand that you have choosen a different way of living but I wander how do you cope with loneliness? do you feel lonely sometimes? I'm asking you this question because I think I'm a very different person to most people I know buy I can't bear loneliness. It's ok for a few days or weeks but after a while I feel sad, depress, nostalgic. I know this is a personal questions so answer if you feel like but don't worry if you don't want to. I'm just curious but I know that at the end everybody is different and has different needs.