Home Archives Profile Subscribe
Back to Food, Back to Mexican, Back to All that May Matter in the World - A Satisfied Belly
2010 Is All About The Shed 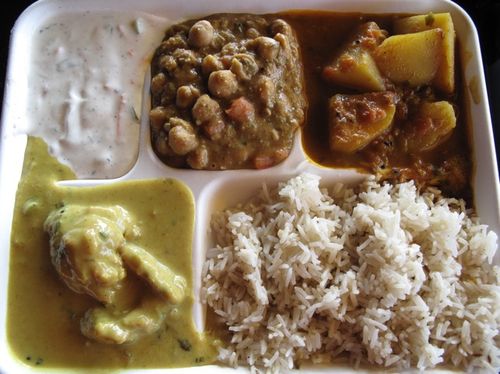 There's not much in the world that $7.99 can buy.  Not much at all.  But, at Samosa House on Washington - an Indian restaurant/cafe/deli/market, you can get your pick of a dozen or so 100% vegetarian Indian eats.  With garlic naan, mind you.

Yah, I was ill once I left the joint, but that was only cause I inhaled some veg fried fritters and a potato samosa in the span of about 1.5 seconds.  Then, mixed in my combo with Lisa's combo and it was enough food - for real - for a small army.  That just ain't right.

So, now...I'm on a mad health food kick.  Like crazy for 2010.  All organic.  All vegetarian.  Maybe even some vegan madness thrown in for good measure.  I got my awesome Vegan Table cookbook, I got mi casa all sorted.  I got my new MAC rockin' in the office.  All is well for the new year.  Gotta stay away from Indian, I think.

PS - so many of my pals are doing some sick, sick stuff this year.  Enough to make the masses bawl and bawl.  I'm gonna lay some of it out in the coming posts, just to inspire the Toothies. 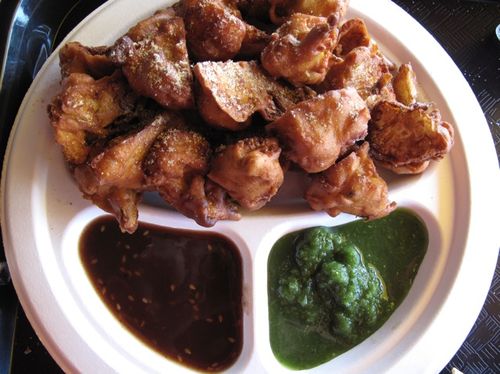 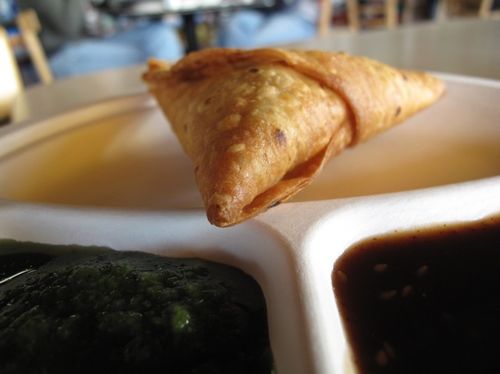 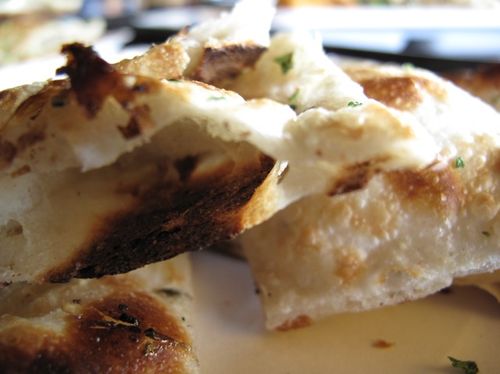 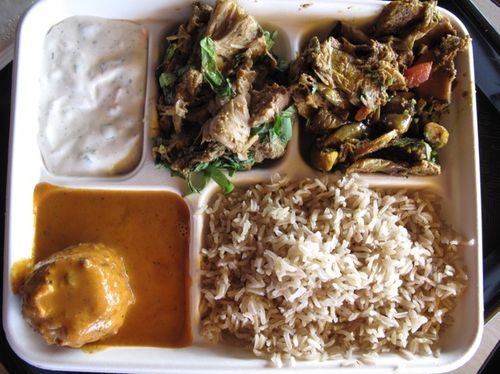 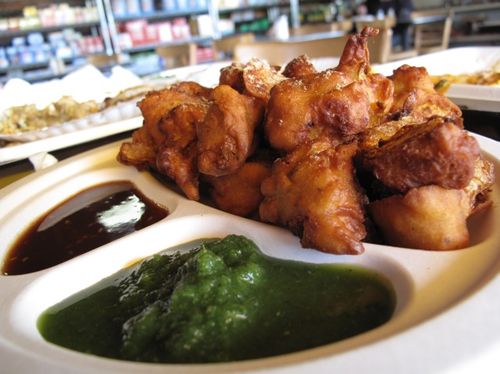 I'm just recovering from food poisoning, have not eaten properly for about a week. Your pictures are so enticing, my appetite has suddenly come back.

I generally pack the food from this restaurant... In an Indian curries, I put Patan ghee and it tastes much better....