Home Archives Profile Subscribe
Casa de Mita in Punta de Mita - Who would EVER do The Four Seasons?
A Violent 21 Day Taco Bender...Is Coming to an End. 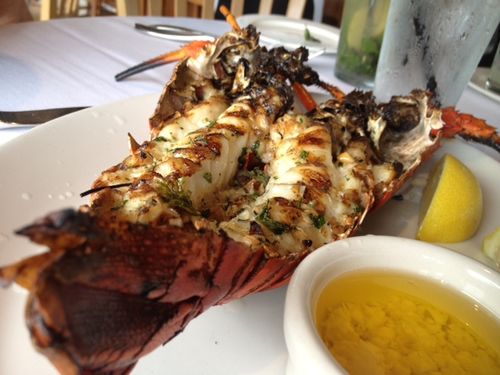 Bring on the seasons....

I managed to find myself at a sustainable seafood cooking seminar this weekend at the magical store of Surfas.

They had some good folks in there talking about reasons to eat seafood whilst it's in season, as well as this wizard chef, Mark Gold, from Eva.  He tricked out some mussels with a potato puree and a giant batch of spot prawns with fried tempura heads.  It was all delish and passed around to the audience like kids in a candy store.  Thing is - the reason it was so tasty was cause it was all just off the boat AND it was all in season.  You might think that seasonality doesn't matter with seafood, but it's just like fruit and veggies.  The fish come and go and they also need time to regroup and grow to a certain size.

There was also a fisherman in there that was answering questions - which of course, I stunned him with my litany of questions about fish fraud, fish tagging, and such...but it was just such a joy to see all these peeps really taking pride in where their fresh catch comes from.  And, just pulling off straight up responsible fishing.

Which brings me to California spiny lobster.  Now, ever since I was in Nicaragua years ago, I've had a real strong love affair with lobster (and mojitos and Flor de Cana rum).  I look for it in most places - but that does not mean that I will eat it in most places.  You just don't know where junk seafood trolls in from and you really gotta search out the spots that care.  The chefs that really know their shiz and have relationships with fishermen on that next level.

So, one day last fall I'm trolling about the marina and run into my old dockmaster (an avid diver and seaman all the way around) who was all jacked up about the opening day of lobster season.  His excitement in turn got me all jacked up and before you know it I was on the hunt.  Like hard core.  But, it was a little tough to come by restaurants actually serving TRUE Cali spiny lobster.  Guess where I found it?  That joint The Lobster, right off the Santa Monica pier.  I was soooo hesitant to try it thinking it was just a tourist trap, but after badgering the manager on the phone, he had me convinced that it was the real deal and BAM, I was on the move.  Turns out loads of locals go there - who knew?

Let me put it this way - no lobster I have ever had in all my travels in the world compared to that hulking slab of seafood.  It was char-grilled and dripping with butter.  Steam was smoking off it and the margaritas went down real, real kindly with it.

You know why it was so damn good?  Cause it was IN SESASON!  It was just off the boat.  It was fresh and mighty and since that day, I've pretty much turned my back on all lobster.  It was that phenom. And, now I have to wait til October to get it again - since the season is Oct thru March.

What made me bring all this up?  Welp, I was rockin' some research for my summer project of getting to know all the countries in the world via documentaries and food...and of course Afghanistan is #1 on the list.   I was looking up seasonal food there and of course all that pulls up is food shortages and god awful news about the country as a whole.  No matter.  I am going to cook some goodies from there.  I have my doc/movie list on the up and up...and I'm excited to get it all started.   I'm gonna wait til I move on my sailboat in a few weeks, though - cause right now I'm consumed with work and the FLO BO remodel beginnings.  And margaritas.   And all the seasonal goods in my CSA that I cannot possibly eat all of in one week.

But, it's coming.  Summer ain't even here yet)...that's the good news!  And, if you've never shot over to Surfas - holy moly - bring the 'old credit card.  That place is insane. 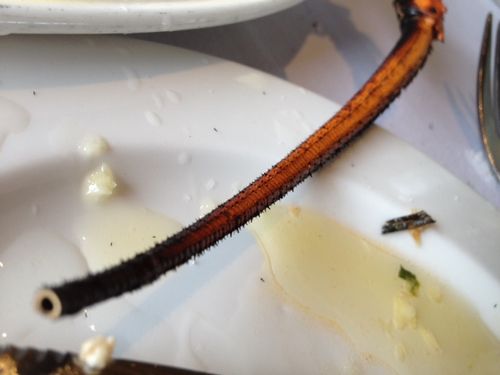 Great article! Now all I want is fresh, in season Lobster!