Been Around the World and Back 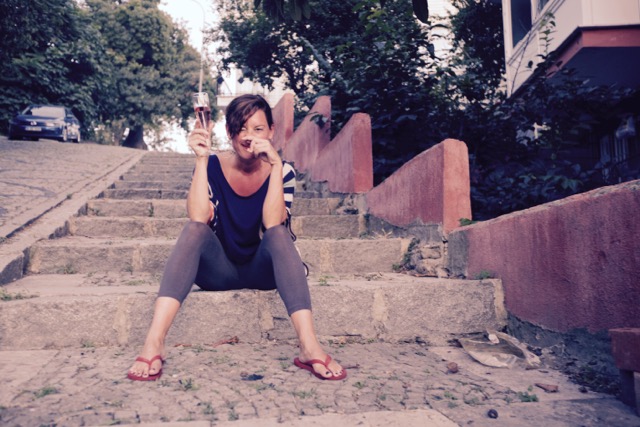 Time does not change me.  I change time.

There's an picture of me that I will never forget - I am a kid, in a hallway in one of our temporary homes, it's Christmas.  I had just been given 2 dollhouses as presents.  I had a shit eating grin on my face that defied time.  Cut to 35 some-odd years later.  Now, I am in Istanbul, Turkey (the Asian side).  We've almost wrapped a new Arabic talk show I helped launch.  I've got cold champagne in one hand and that same shit eating grin on my mug.  I suppose not much has changed since old Misty girl was a kid.

Been getting lots of emails on where the heck am I and why is The Tooth not being updated.

Well, I've been a busy bee - I sold my first show that I created from scratch straight to series to National Geographic Channel and worked on that for months down in Texas.  It will air in January.

Right after we wrapped, I drove all through mainland Mexico, and even did a 2 week stint in San Miguel de Allende, where I am most certain I would have been murdered if I'd stayed a hot second longer.

I just got back from a month in Istanbul, where a new talk show I was working on was one of the toughest (and funnest) of my career.  Americans, Turks and Arabs - what a lovely lesson in world politics.

Currently, I am now home on my boat in the marina with my dog, Minka, and watching the sun set - it's massive and golden orange and I cannot take my eyes off it - which is causing me loads of hotspots while writing this.

Much to come - mst