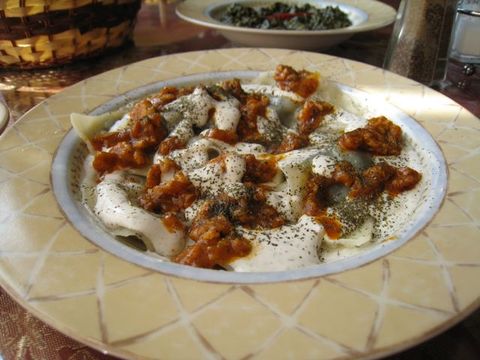 It was a tragic day in the city of Chicago when I whirled past my local Afghan restaurant recently and noticed that it was full-on shut down. What a disaster. The super low-key Afghan Restaurant was such a shining jewel in the midst of the Indian bazaar that is Devon Avenue, that for it to just disappear was brutal for my psyche. All I could really do was let the hunt for a new Afghani addiction begin.

First up was a massive google search. Page one had nothing but the Afghan Restaurant. Yikes. It was a few clicks later when I noticed a small tidbit on Afghan Kabob. I wasn't too keen on the name, but what's a name really? Though it was located far west on scrappy Montrose Avenue, I was up for the haul this past week. In fact, I was obsessing about it for days beforehand. Fluffy rice; pureed spinach; tender lamb. Bring it. 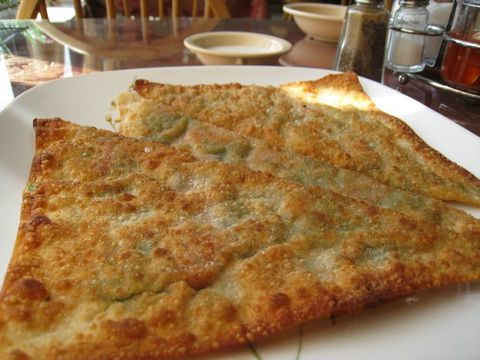 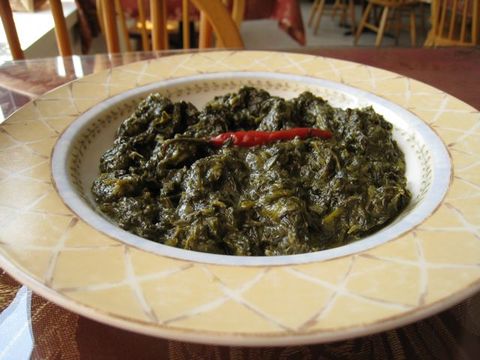 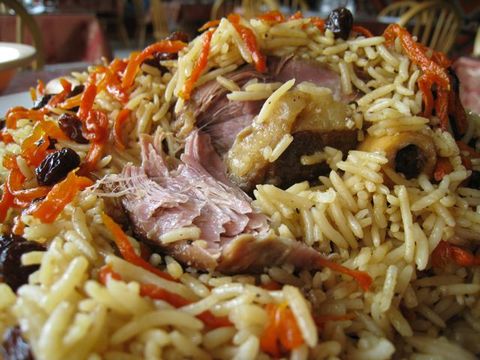 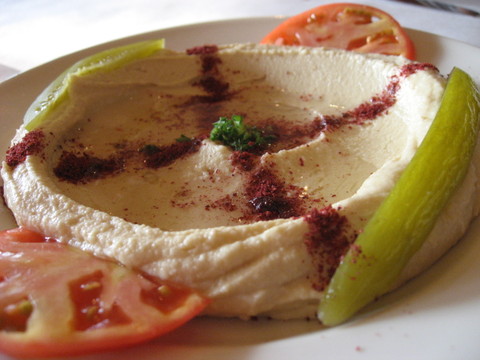 Before I came home to Chicago last week, I'd read all about a new Middle Eastern joint that had opened in my 'hood. With all kinds of sassy reviews and write-ups streaming in from the 'net, it was impossible not to salivate. I was dreaming about their hummus before I even got back to Chi and don't you know it, the second I set foot in my own neighborhood, I was ringing up my bud Lisa saying, "Let us eat at Habibi immediately." She was in the same boat, having read all about it, so one fine afternoon, we headed on over for lunch. Man, what can I say? I was devastated. The utilitarian vibe was so not what we wanted, the food was forgettable (save for the lentil soup) and the place was totally deserted. Not a good intro back into Chitown grub, you know?

Then, soon thereafter, I remembered Semiramis. I used to live over in Albany Park and passed by this tucked-away gem all the time, but I never stopped in. Not even when an avid reader of my blog told me it was the must-have Lebanese in town. Well, after Lis and I hit up Cousin's Incredible Vitality one day last week on the hunt for a "clean slate" and whirled around the buffet, we decided that we'd be real unhappy with raw food due to our current craving for something steaming and exotic. Nearby Semiramis to the rescue. 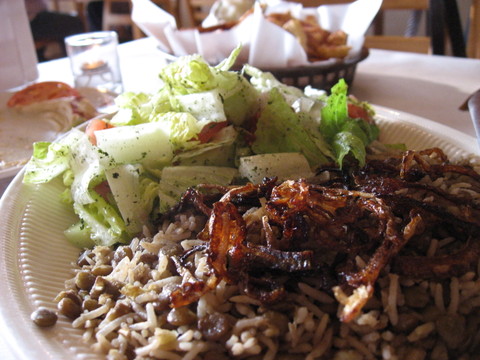 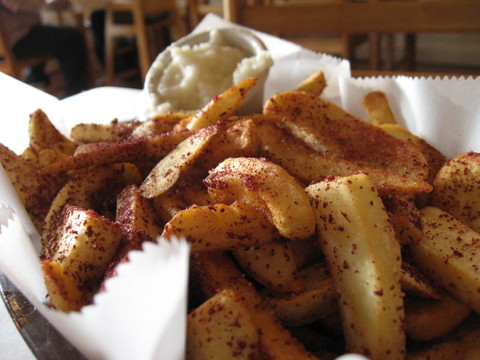 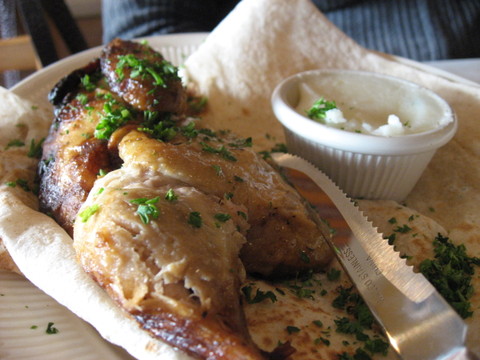 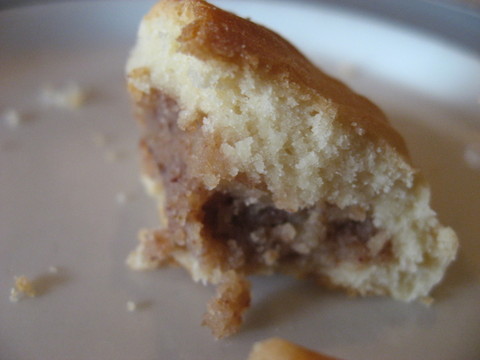 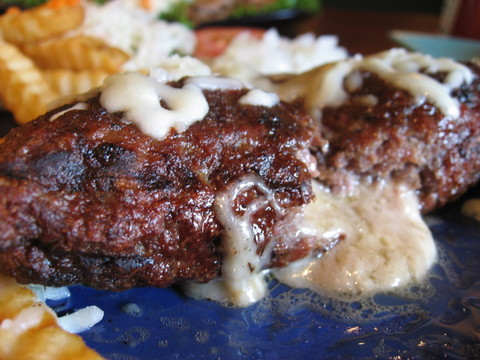 Today I stood at the edge of the Pacific Ocean. Nothing but huge thrashing waves and a dark, moody blue attitude. Its unruly ferociousness matched the puddle of emotions welling up inside of me—little nuggets that have been building up since I left the easy-come-easy-go interior of Mexico and landed in L.A. a scant few weeks ago for a short, three-month gig. At first, I wasn't sure why I was so melancholy. The weather has been fantastic, the job has been great and the little apartment I am calling home is two blocks from the beach. What could possibly be wrong with this scenario? After inhaling some chicken noodle soup loaded with saltines and a big bowl of chocolate pudding, I realized what was brewing around in my confused mind. I'm homesick for Chicago. Simple as that.

It wasn't until I spied a full pantry yesterday at a friend's house that I even remembered that I have a home in Chicago. A cute home, right on Lake Michigan, dotted with my global treasures and really, my entire life. I've spent the past few months traveling around Mexico in my 14-foot solar travel trailer and before that, I was volunteering in Indonesia. It's been such a busy few months I've not had time to stop and remember and think and reminisce. Blame it on another perfectly sunny day in L.A. because this afternoon, when I thought about my heavily ethnic neighborhood, Rogers Park, and all of the 'round-the-world food that is within a few miles of my front door, I almost broke down in tears. I just want some good food. Some dirt-cheap, standout grub from an unsuspecting hole-in-the-wall, much like the kind that Kiko's Market and Restaurant on North Lincoln Avenue slings out. 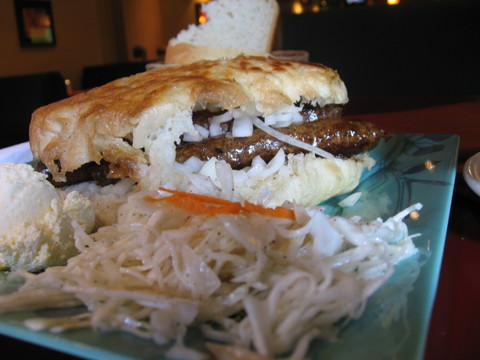 Salam in Albany Park {From The Raving Dish} 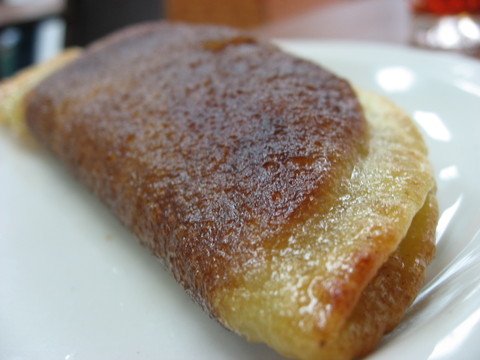 I used to live in Albany Park—well, for a short spell I slept on the floor of a friend's second-floor walk-up in Albany Park. Another friend camped on the back porch, and the living room served as a makeshift film production office. We'd just finished up a super low-budget indie film, which somehow lefts us all homeless, so we found this month-to-month rental and set up camp for our next project: a TV show about round-the-world eating adventures. At the time, the only spots I knew about in the neighborhood were Mexican hole-in-the-walls, Brisku's Bistro and dark karaoke bars. In fact, I didn't even know the 'hood had a name. To me, it was just no man's land—nothing more than a place to crash and get the hell out of as soon as possible.

Continue reading "Salam in Albany Park {From The Raving Dish}" »

When I Crave Rice and an Escape to the Middle East...to The Afghan Restaurant I Head~ 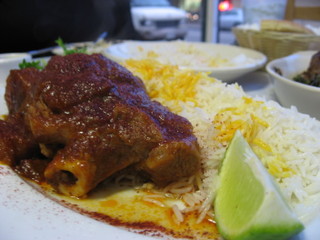 I am probably the last person in the universe to have read The Kite Runner, but I finally finished it.  Bawled a hundred times, too.  There was something so tragically painful about the way Afghanistan was presented in today's modern day vs. how it was before the war.  But, what shot out at me from the pages were the short passages about Afghan food--which did nothing but remind me about a favorite hole-in-the-wall here in Chicago, The Afghan Restaurant (2818 W. Devon). I've raved about this family owned restaurant a million times before, and today might just be the day to head back over there for some tasty treats.  Everything on the menu is cheap, slow-cooked, traditional & authentic, tender-to-the-bone, and straight up mouthwatering.  If you've never had Afghan food, it's a bit like Indian, but much more flavorful and exotic....think beautiful Persian bounty. 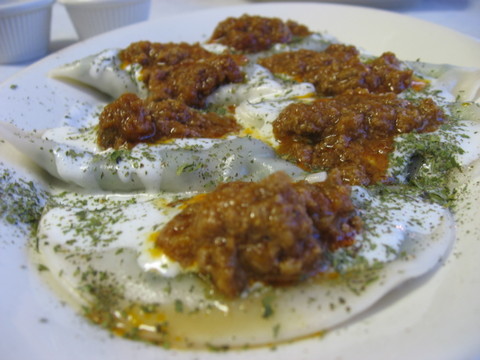 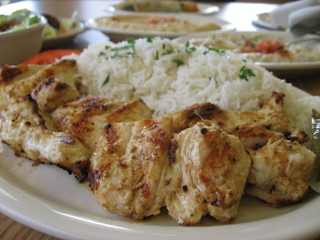 What is it with Middle Eastern restaurants and their pizzazz with chicken? It seems that no matter which of these eateries I happen upon, the chicken is always on fire, tasting like the most succulent piece of meat ever. But that being said, I may have found the granddaddy of all fast food-style Middle Eastern joints. In fact, I'm quite positive that Cedar Grill (5657 N. Lincoln Ave.) is my new favorite, the one I'll be daydreaming about when all I have in the fridge is an apple and peanut butter.

A little secret I stumbled across as I was cruising down North Clark, this jewel caught my eye when I spied a giant hookah in a dusty window; that was all it took to pique my interest. I wasn't sure if the place was abandoned (it just seemed so barren from the outside), but I immediately flipped my truck around and grabbed a primo spot directly out front, so I could get a little closer view. After noticing a handful of people inside at the long counter cradling the open kitchen, I wandered in, grabbed a menu and set to ordering. 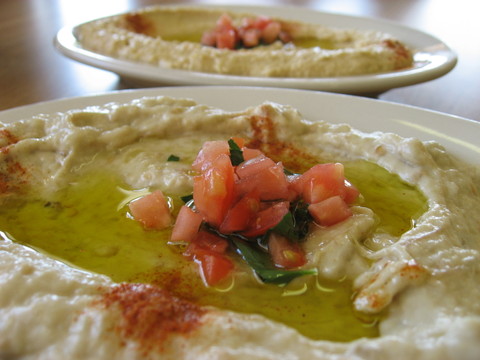 Salam: Falafel Pita and Upside Down 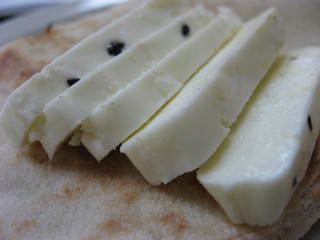 Chicago is nothing if not a treasure trove of amazing ethnic goodies.  I rarely eat in the restaurants that everyone else flocks to...instead I'm scoping the tiniest back alley/strip mall/hole-in-the-wall I can find.  And you know what, almost every single time, they're total gems.  Take in case Salam (4636 N. Kedzie Ave.), a Middle Eastern restaurant in the Albany Park area (see Ramadan article below).  Due to its off kilter location you'd never think to stop in but I'm telling you, I had the BEST falafel pita there and while I was waiting on my dessert to come out (it was busy being made in the back kitchen and not just readily available), the friendly fella running the FOH brought me over some delicious salty cheese on a warm pita and some hot tea.  What a gracious guy!  Then, as I'm finishing up my dessert, the cook and the waiter were just tucking into their lunch and from across the room, they saw me gazing at it...and out of nowhere, they demanded that I come and take the first bite of their dish, the special of the day---it was called upside down and was a delightful mash of fried cauliflower and potatoes..which I gladly moseyed on over and tasted pronto!  Again, delicious.  I mean, would that happen at Otom (no offense)?  I must have Feed Me stamped on my forehead and not know it~ 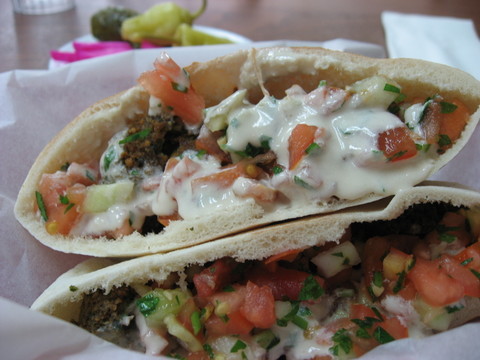 Big Buns and Pita on North Clark St. {From The Raving Dish} 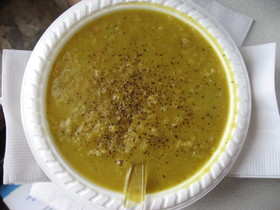 (*Sorry, the photo of the Tashreb was taken from my cell phone and really do the dish no justice)
Some places along N. Clark just scream for attention—those tiny, tucked-away restaurants that even miss most foodies' radars. Big Buns and Pita is exactly one of these primo finds. Thanks to the take-out vibe and questionable name—the phrase "big buns" alone would guarantee a walk-on-by from normal folk—the masses wouldn't touch it with a 10-foot pole. But that's part of the beauty of the Buns.

What the layman doesn't realize is that behind the glaring sign and the fluorescent lights lies some of the best Middle Eastern food known to man. I've already been back four times after stumbling on this place a mere week and a half ago.

Here's how it happened: Plowing through Rogers Park in the middle of a hellacious rainstorm, I stopped to read the review taped to the window of this storefront. I wandered inside to find a totally empty fast food-style joint with…tablecloths? (Granted, white sheets of paper covered the linen.) I became even more curious about the food once I saw all the color photos on the take-out menu. 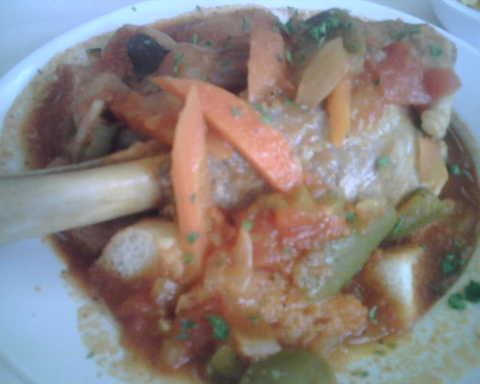 The other day, I was trolling about the city, 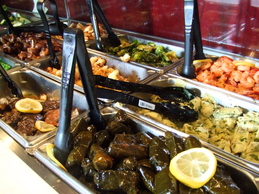 looking for something to eat (story of my life) and I happened into Sultan's Market, the Middle Eastern cafe on North Ave.  I haven't been in there in years, so I was surprised to find that it was no longer a grocery store with a bit of hot food in back, it was a full blown restaurant with an awesome salad bar.  I'm always on the hunt for a great salad (I have a real sick aversion to making them at home and I must get over it if I'm ever to achieve true health!)...anyway, it's full of little baby shrimp, artichoke hearts, pickled beets, stuffed grape leaves---really everything that I should be consuming on a near daily basis (instead of sugar laden Cuban coffee, french fries, and hundreds of containers of Fage greek yogurts with honey).  It was just a nice variation from the standard salad bar (which always has me slathering everything in a ton of ranch) and I am now prompted to go grocery shopping and attempt a recreation of half the items on display.  How many times have I sang that song and dance?  Stay tuned, though...this time, I'm serious~